Complications Of Cryptocurrency And Divorce 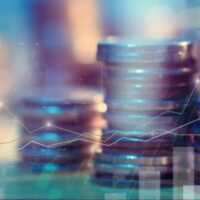 There’s nothing easy about divorce.  The battles over the kids, the house, the pets—what could get more complicated? Well, it seems there is something that has sent many divorcing couples into tailspins of late: the division of cryptocurrencies.

In what is now commonly known as the first big Bitcoin divorce, the deSouza’s divorce lasted—if you can imagine it—for eight years!  There were plenty of battles, not the least of which was over roughly 1,000 Bitcoins, (half of which were lost and reportedly not disclosed to the spouse), and whose value later grew to millions of dollars.  Because Mr. deSouza kept some of these investments to himself, it took years of litigation that ultimately resulted in having to shell over more than $6 million to his ex. What makes cryptocurrencies such a bone of contention in modern divorce?

Cryptocurrencies are extremely volatile, and their value may quadruple, or perhaps lessen by half, in the course of several months or a year.  Even if neither spouse is trying to hide the assets, splitting them can get tricky when the value changes so much from the initiation of the divorce to the finality. And if an agreement is reached, the transfer of the currency from one partner to the other post-divorce can be complicated, requiring the assistance of a financial pro to get it right.

For currencies that have been purchased and seen substantial increases in value, capital gains taxes are going to be due when they’re sold. That tax liability could be significant and should be factored into any settlement.

Simply put, cryptocurrencies are easy to hide. Because online wallets are located on decentralized networks, these digital assets—which can be worth significant amounts of cash—can be incredibly difficult to track and value.  The old days of hiding money in secret offshore accounts made things tough enough.  These new crypto accounts are tough on steroids!  Owners of these currencies can easily move their currencies from accounts on a public platform into digital wallets that have no central controls, then play dumb about their holdings.

Nowadays forensic experts are becoming increasingly necessary to ferret out hidden crypto accounts. These firms charge thousands and thousands of dollars to do their work—but that is often a drop in the bucket compared to the hidden funds they uncover.

If you are headed for divorce and either know that cryptocurrency is a factor, or suspect your spouse may be hiding such assets, you may have a particularly complicated divorce.  At WiseLieberman, our knowledgeable Boca Raton divorce attorneys are prepared to help you through it, advocating for your best interests all along the way.  To discuss your situation, schedule a confidential consultation in our office today.