Domestic Violence And How To Protect Yourself 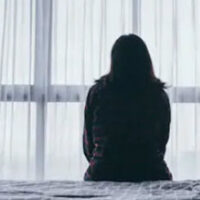 If your spouse is violent, you may feel trapped in an impossible situation.  But you should know that such violence has a name: domestic violence.  Not only that:  there are legal repercussions for domestic violence, as well as state sanctioned protections for victims.

Numbers Worth Knowing in Florida

Over 100,000 of these crimes were reported in 2019 alone, and roughly two-thirds of those events resulted in arrests.  Victims and their children were provided almost 600,000 nights of shelter on an emergency basis that year, along with hundreds of thousands of hours of counseling and advocacy. Importantly, over 150,000 individual safety plans were created with the assistance of victim advocates, giving victims opportunities to think through the steps to escaping harm and accessing resources.

If you know that there is a potential for harm in your home due to violent episodes, you can prepare for those moments by creating a safety plan.  Included might be any array of contingencies, including the following:

A Permanent Escape is Possible

Victims stick with their abusers for a range of reasons.  Sometimes they rationalize that the abuse isn’t really that bad, or that they deserve the treatment they get.  Others have spent so much time pretending to have the perfect life that they feel others will not believe them, or, if they are believed, they will be poorly judged.  Still others have cultural norms that excuse, or even outwardly condone abuse.  For some, the commitment to family life is so great that leaving an abusive partner is unthinkable. For victims who rely on their abusers financially, the anxiety over not being able to support a family makes moving out prohibitive. Finally, many victims are afraid that attempts to leave a volatile relationship will infuriate their abuser and result in greater aggression, stalking, and threats.  But there are resources out there for victims of abuse, including temporary shelter, job training and assistance, and legal actions to restrict an abuser from contacting you. To be clear, a court might order your abuser to exit the home, leaving you to continue living there with your children.

Allow Us to Help

At WiseLieberman, our experienced Boca Raton domestic violence attorneys are well acquainted with the ugly face of domestic violence, as well as with the complications that come with escaping such violence.  If you are living in fear of an abuser, we can help you to escape a life of peril.  Contact our office to schedule a confidential consultation today.