The Divorce Statistics No One Tells You 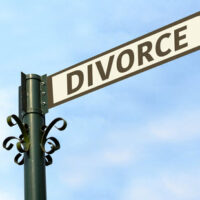 While there are plenty of Americans who are seeking divorce across this country, most people still don’t really know much about who’s getting divorced and why.  There are some interesting but little-known facts that may pique your interest.

Thanks to the decline of divorce among millennials, there has been a 24 percent drop in divorce across America since the 1980’s.  Why are younger Americans less likely to split?  Research indicates many have seen the effects of divorce and are working to ensure their marriages remain intact.  That includes putting off marriage until they’re older, living together prior to marriage, and negotiating new rules about how the marriage works. They often have greater financial stability, meaning less stress in the marriage.

When one partner is a heavy drinker and the other isn’t they are more likely to split up than if both partners have the same patterns in drinking.  In fact, the University of Buffalo Research Institute on Addictions found that about half of couples wind up divorced if just one partner drinks heavily. Only 30 percent of couples with similar drinking habits—either non-drinkers, moderate drinkers, or heavy drinkers—faced a similar fate.

Data indicates that over 80 percent of custodial parents are mothers, and roughly half of them get child support.  Of the fathers who had custody of minor children, only about one-third received such support.  However, fewer than 50 percent of parents who are entitled to support payments actually collect the entire amount they’ve been awarded. Roughly one-third of these payments are completely skipped, and many more get just partial payments.

While about one in three men reported no desire to remarry, over half of women said they did not want to get married again.

While it’s true that no one looks forward to divorce, nearly 60 percent of people surveyed say it’s not worth staying in a marriage that is not happy. Even more Americans—67 percent—believe it’s better for children to see their parents split than to watch them living unhappily together.  On that last issue there is research to back it up:  statistically speaking, children who grow up in homes with a lot of arguing are more likely to experience divorce later in life than children whose parents actually divorced.

If Divorce is the Right Move for You

It really doesn’t matter if you’re a millennial or a boomer, a man or a woman, seeking custody or preparing to make support payments: everyone going through a divorce can benefit from the counsel of an experienced and dedicated divorce attorney.  At WiseLieberman, our Boca Raton divorce attorneys are available to help you through every step of the journey.  Contact our office for a confidential consultation today.

By WiseLieberman, PLLC | Posted on September 1, 2021
Skip footer and go back to main navigation