When Is the “Cut-Off Date” for Separating Marital and Non-Marital Property? 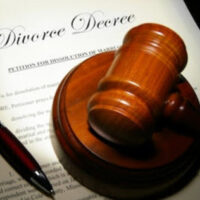 A key issue in any Florida divorce case is the division of marital property. By law a court is required to make an “equitable division” of marital property unless the parties reach a voluntary agreement on how to split these assets. But this raises another critical question: How does a court distinguish marital and non-marital property?

This cut-off date is described in Florida law as “the earliest of the date the parties enter into a valid separation agreement, such other date as may be expressly established by such agreement, or the date of the filing of a petition for dissolution of marriage.”

It is important to note the law talks about a “separation agreement,” rather than the act of separation itself. In other words, if one spouse simply moves out of the house, that does not trigger the cut-off date for classifying marital assets. The law requires a formal agreement between the couple or one spouse filing for divorce.

A recent decision from the Florida First District Court of Appeal, Yon v. Yon, illustrates how this principle works in practice. The parties in this case married in 2009. The couple separated in September 2013 without entering into any type of separation agreement. Two years later, in May 2015, the wife filed for divorce, seeking among other things an “equitable division” of marital property.

In making the final equitable division, the trial judge decided to use September 2013–the date of the couple’s separation–as the cut-off date for classifying marital assets. The judge noted the parties maintained an “intact marriage” up until that point. But as the First District explained, the law does not care about an “intact marriage.” Instead, it looks for the existence of a separation agreement. Absent such an agreement, the date the wife filed divorce provided the relevant cut-off date.

This was not a trivial issue, the appeals court noted. After the “separation date,” but before divorce proceedings began, the husband received hundreds of thousands of dollars in additional income that the trial court classified as non-marital assets. The Court of Appeal therefore ordered the trial judge to redo the equitable division after applying the correct cut-off date.

Many divorcing spouses make assumptions about what assets are “marital” property before they even bother to consult with an attorney. This is always a mistake. Properly classifying marital and non-marital assets is a critical step in the process. As the case above illustrates, when parties (and judges) apply the law incorrectly, it can lead to additional time and expense for everyone concerned.