Is Superbowl Sunday Fraught With Danger For You? 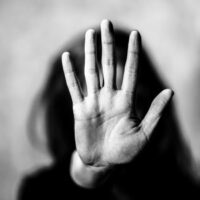 It’s the biggest day of the year for football fans across the country.  As the top two teams in the NFL face off to see who walks away with the 2022 Super Bowl rings, television sets from Boca Raton to NYC, from Seattle to Dallas will be tuned in to the game. That means lots of wings, pizza, and alcohol.  Unfortunately, it also means that incidents of domestic violence will spike, making Superbowl Sunday the number one day of such violence in the nation.

For many, domestic violence is cyclic.  Youngsters grow up watching conflict accelerate in their homes, and they grow up knowing nothing else.  Abusers believe they are entitled to express themselves through violence, whether it be verbal, emotional, or physical.  Meanwhile, children who spent their youth watching a loved one being beaten down may now believe that they deserve the same. These distorted views of family life replicate, and the cycle goes on and on.  However, we know that not every abuser grew up in an abusive home.  Experts say that the complex issues related to domestic violence differ in the specifics, but one factor is central to all abusers: the need for control. A variety of situations can result in domestic violence, and, unfortunately, Superbowl Sunday often sees an explosion of incidents each year.  What are the factors that might lead to abuse?

Are You Safe This Superbowl?

Statistics show that, regardless of the root causes, incidents of domestic violence spike on Superbowl Sunday.  Will you be safe?  If you believe yourself to be at risk, now is the time to seek help.  At WiseLieberman, our experienced Boca Raton domestic violence attorneys are prepared to help you now.  Schedule a confidential consultation in our office today.

By WiseLieberman, PLLC | Posted on January 10, 2022
Skip footer and go back to main navigation