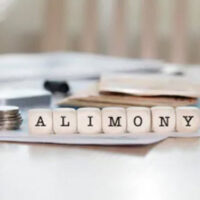 If you’ve pinned your hopes on legislative action to reduce your alimony payments, you’re going to be disappointed.  Despite promises to overhaul what some consider pernicious alimony laws, the legislature kicked the can down the road one more time.

A Battle with Warriors on Both Sides

The battle over alimony laws in the Sunshine State has been going on for years, with both sides barring no expense to win.  Large lobbying firms have been clamoring to convince legislators that their perspective is the correct one, with the status quo winning out for now.  At issue is the length of time breadwinners are required to make payments to their exes, forcing many to work well beyond their desired retirement dates in order to support their former spouses.

Generally speaking, higher earning spouses may be ordered to pay alimony to lesser earning spouses under current law.  But the type and amount of award is dependent on circumstances of the case, including length of marriage, earning and education levels of each person, and more.  The types of alimony include:

Current law allows for certain modifications in some cases.  Although bridge-the-gap alimony cannot be altered, rehabilitative alimony could be terminated if, say, the receiving spouse was not actually attending school or training classes.  In the case of rehabilitative, permanent, or durational alimony, changes in the amount of payment could occur if the financial circumstances of either partner changed.  Proponents of legislative changes to alimony requirements are most focused on permanent alimony.  Some claim that in many cases individuals who are receiving payment put off marrying because they don’t want to give up their alimony checks. As noted earlier, that battle will continue for at least another year.

A Lawyer Who’s on Your Side

The experienced Boca Raton alimony attorneys at WiseLieberman work aggressively on your behalf in order to secure the best possible outcomes in your divorce.  Schedule a confidential consultation today.