Can a Florida Court Modify My Child Support Obligation Even If I Move to Another State? 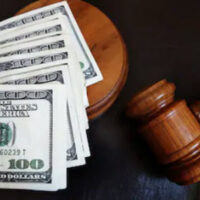 Child support represents an ongoing legal obligation. But while a Florida court may issue a child support order, what happens if the parent–or the child–moves to a different state? Does Florida still retain jurisdiction to decide any future changes to child support arrangements? Or can another state’s courts step in and assume jurisdiction?

There is actually a federal statute that helps answer these questions. Adopted in 1994, the Full Faith and Credit for Child Support Orders Act (FFCCSOA) requires states to enforce child support orders made by other states. It also provides a mechanism for a different state to assume control over a child support dispute if none of the parties still live in the original state.

To illustrate how this law works, we’ll look at a recent decision from a Massachusetts court, Jensen v. Jensen. This case involved two parents who divorced in 2009. At the time of the divorce, the mother and the children lived in Florida. Florida was therefore the state that entered the final divorce judgment, which included provisions for the father to pay child support.

The trial court, however, denied the father’s request, citing the FFCCSOA. A Massachusetts appeals court later upheld this decision. The appeals court explained that under the FFCCSOA, the Florida courts only retained jurisdiction so long as the child or another “contestant” in this case–i.e., one of the parents–still lived there. Additionally, the father already consented to Massachusetts jurisdiction when he entered into the 2012 settlement. Indeed, the prior order specifically confirmed that “Massachusetts has jurisdiction over all child support matter[s] from May 2, 2012 forward.”

If you plan to relocate following a divorce, it is important to seek timely legal advice on the potential impact of such a move on your existing child support obligations, particularly if you anticipate the need to seek modifications in the future. An experienced Boca Raton child support attorney can help you understand the law in this area and advise you on the best course of action for you and your family. Contact the offices of WiseLieberman, PLLC, at 561-488-7788 today to schedule a confidential consultation.