Can a Judge Take Away My Child Custody or Visitation Rights as Punishment for Missing a Hearing? 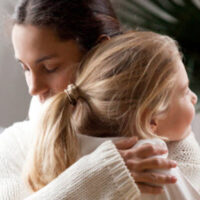 When a court approves a timesharing plan for child custody, that schedule is binding on both parents. If one parent refuses to follow that schedule, the other parent may ask the court to modify the timesharing plan. But as with all matters involving custody, a judge should only grant modification if it is in the”best interests of the child.“

Florida courts have made it clear that a modification of timesharing should not be used as a punishment or sanction against a parent simply for failure to comply with existing custody orders. Indeed, the Florida Fourth District Court of Appeal recently reaffirmed this principle in a case, Chevalier v. Emmerson, where a Palm Beach County judge took “extreme action” to modify a timesharing order after finding the mother in contempt of court.

The parents in this case previously lived in Texas. They obtained a divorce in that state in 2010. The mother subsequently moved to Florida with her two minor children. She did not obtain the father’s consent for this relocation. However, a Texas court later established a timesharing plan for the parents, which was then adopted by a Florida court in 2019.

Shortly thereafter, the father filed a petition in Palm Beach County to modify the Texas court’s timesharing order. The father said the mother was in contempt of the Texas order by “denying him timesharing.” The father also asked for a “social investigation” into the situation. This is basically a process permitted under Florida law where a neutral mental health professional makes an assessment of the parents and advises the court on possible changes to a timesharing plan.

In this case, the Palm Beach court agreed a social investigation was warranted. The investigator later reported back to the judge that the mother had in fact “engaged in continued interference to disrupt the minor children’s relationship with their father.” The investigator recommended awarding the father 100 percent timesharing, with the mother only having supervised visitation until she could “complete an intensive series of therapeutic steps.”

The judge scheduled a formal trial on the question of modifying timesharing for June 2020. However, the court jumped the gun and instead proceeded to adopt the investigator’s recommendations at a brief March hearing on the father’s motion to hold the mother in contempt of the prior Texas orders. In effect, the judge decided to award the father full custody as a sanction for the mother’s failure to appear at the contempt hearing.

The Fourth District said that was improper. It was an abuse of discretion for the trial judge to “extensive and drastic changes to the Texas divorce decree after a brief contempt hearing,” especially since the court had already scheduled a trial on the issue for a later date. Nor did the father allege or argue there was any “emergency” that justified eliminating the mother’s timesharing rights altogether.

It is critical for both parents to comply with any timesharing orders previously entered in Florida or another state. If there are problems that require you to seek a modification or change in timesharing, it is best to first consult with an experienced Boca Raton child custody lawyer before taking any drastic action. Contact WiseLieberman, PLLC, at 561-488-7788 today to schedule a confidential consultation with a member of our family law team.