Can I Go to Jail for Failing to Pay Alimony? 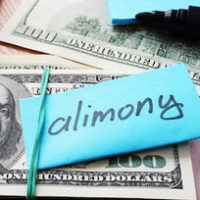 Once a judge enters a final decree to dissolve a marriage, its terms are legally binding on both parties. To put it another way, you are required to obey the terms of your divorce judgment. If the judgment states you will pay a certain amount of alimony each month to your former spouse, for example, that is not simply a suggestion. It is an order you need to comply with.

If you defy a court order, you may be held in contempt by the judge. Now, there are different forms of contempt. Criminal contempt is designed to punish individuals who disrespect or offend the authority of a court. Civil contempt, in contrast, is simply intended to ensure compliance with an existing order.

In the context of a divorce case, a judge may find a party in civil contempt to ensure they comply with the requirements of the final judgment, such as paying alimony. But this does not mean the judge can simply throw the non-complying spouse in jail after missing one payment.

A recent decision from the Florida Fourth District Court of Appeals, Accardi v. Accardi, illustrates the uses–and limits–of civil contempt to enforce divorce judgments. The plaintiff and the defendant in this case were previously married. Their 2005 divorce judgment incorporated the terms of a marital settlement agreement, under which the husband agreed to pay the wife $26,700 per month in permanent alimony.

Twelve years later, the ex-wife asked the judge to hold the ex-husband in civil contempt, citing his failure to make the required alimony payments since 2008. The judge subsequently issued a civil contempt finding. The judge ordered the ex-husband to pay $100,000 of the back alimony within 30 days (this is known as a “purge amount” in Florida law) and monthly payments of approximately $26,000 going forward.

Critically, the judge’s civil contempt order also said if the husband failed to pay the purge amount or make any of the monthly payments on-time, the court would issue a warrant for the ex-husband’s arrest.

On appeal, the Fourth District held that was improper. Indeed, even the ex-wife conceded the judge did not have the authority to jail order her ex-husband’s incarceration “based on future noncompliance to pay alimony.” The appeals court noted that basic norms of due process required a “hearing before incarceration.” That is to say, even if the ex-husband fails to comply with the court’s order, he is still entitled to notice and a hearing before he is put in jail. And with respect to alimony cases, a party is always permitted to present evidence they simply lack the present financial ability to pay the award.

If you are having trouble meeting your alimony obligations, you should not simply stop making payments. Instead, you should seek advice from a qualified Boca Raton alimony attorney on how to deal with the situation. Contact WiseLieberman PLLC today at 561-488-7788 to schedule a confidential consultation with one of our divorce and family law attorneys.