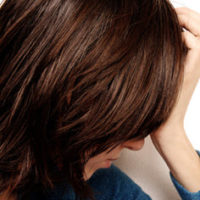 A high level definition of domestic violence is the abuse, physically or emotionally, of one individual against another in a living situation that is considered domestic such as cohabitation or marriage. The term “intimate partner” is often used in a situation where the abuse is carried out by a spouse or a party in an intimate relationship. The gender of the person committing the abuse or the sexual orientation of the relationship is irrelevant.

According to the National Coalition Against Domestic Violence:

Shedding Light on the Stigma of Domestic Violence

To help clarify possible misconceptions about domestic violence, below are five important points you should know.

If You are Abused, Get the Help You Need Today

If you are the victim of domestic abuse, it is important that you contact a domestic violence lawyer in Boca Raton as soon as possible. The experienced attorneys at WiseLieberman, PLLC are waiting to help you through your situation. Don’t hesitate to reach out to us today for help.