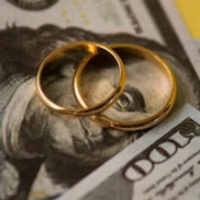 If you think your divorce settlement is enough to raise a few eyebrows, chances are you don’t come near to making the list of the highest settlements of all time.  The rich and famous, when they split, tend to have assets that bewilder.

Divorce has been around for as long as marriage has, but you don’t have to look back very far to see some hefty settlements:

Florida law requires that assets be equitably distributed, not to be confused with equally distributed. This means that the court will consider a number of factors while determining how the marital assets will be split.  Considerations include:

If you’re heading into a divorce in the Sunshine State, chances are you’re not looking at the kind of settlements so many celebrities wind up with.  Nevertheless, an equitable split is going to feel substantial to you.  At WiseLieberman, PLLC, our experienced Boca Raton divorce attorneys will strive to achieve the best possible outcomes for you.  Contact us to schedule a confidential consultation today.