Does the Length of My Marriage Matter When It Comes to Alimony? 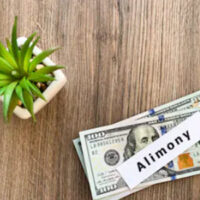 When it comes to alimony, Florida places significant weight on the duration of the parties’ marriage. State law divides marriages into three categories:

If a spouse is entitled to alimony, the duration of the marriage can affect how long such an award lasts. If the parties were in a long-term marriage, there is a presumption in favor of indefinite or “permanent” alimony. For moderate-term marriages, a judge must find there is “clear and convincing” evidence to support an award of permanent alimony, as opposed to a “durational alimony” award that cannot last longer than the marriage itself. And if the parties were in a short-term marriage, permanent alimony is not appropriate unless the judge finds “exceptional circumstances” exist.

But what if a divorcing couple was married just shy of 17 years before divorce proceedings began? Could a judge decide that was “close enough” to a long-term marriage? A recent decision from the Florida First District Court of Appeal, Williams v. Jones, confronted these very questions.

The appellate court rejected the former husband’s arguments and affirmed the award of permanent alimony. The First District said there was no dispute that the former wife had “health issued” that prevented her from working. Indeed, she had not worked at all in the 10 years before the former husband filed for divorce.

More to the point, the trial judge opted to treat the parties’ marriage as “long term” even though they fell “just one month shy” of the 17-year line. The First District said this was an acceptable decision by the lower court, noting that “[o]ne month is a de minimis period given the length of the marriage.” And even if the marriage was in some “grey area” between long and moderate terms, an award of permanent alimony was still justified given the existence of “competent, substantial evidence” that the former wife was unable to work.

Permanent and durational alimony are not the only forms of spousal support a Florida court may award. There are other types of temporary support that may be appropriate under the facts of a particular case. This is why it is important to work with a qualified Boca Raton alimony lawyer. Whether you are the person seeking alimony, or the person who may be required to pay alimony, it is critical to receive timely legal advice regarding your rights and responsibilities. Contact WiseLieberman at 561-488-7788 today to schedule a consultation.