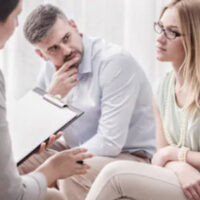 Separating marital and non-marital property in a Florida divorce case is sometimes not as simple as you might think. As a general rule, property earned or acquired by either spouse prior to marriage remains their separate property. But what about a situation where a spouse earns a property right prior to marriage that does not accrue until after the marriage?

Wife Entitled to Half of Additional Pension Benefits

The Florida First District Court of Appeal recently confronted this question with respect to a subject that has divided a number of state courts in recent years. The case, Martin v. Martin, deals with pension credits earned by one spouse while serving in the armed forces.

Here is some background. The husband served approximately 8 years in the military before he was married. After leaving the military, he continued to work in the civil service for another 5 ½ years, including the first 4 years of his marriage. The husband cashed out his retirement benefits after leaving the civil service, but he later returned to government work and remained there another 24 years, retiring just before his divorce became final.

The dispute here centered on the husband’s use of $9,866 in marital funds to “purchase” pension credits tied to his former military service. The husband did not spend enough time in the military to earn a pension based on that service alone. But by adding those 8 years to his second tenure with the civil service, he was able to increase his pension from the latter by $908 per month.

The trial court determined the wife was entitled to 50 percent of this additional pension, given that marital funds were used to purchase the credit. The husband appealed, arguing that since his military service predated his marriage, the addition to his pension remained separate property.

The First District agreed with the trial judge’s ruling in favor of the wife. But the court acknowledged there was no prior Florida case “directly on point.” Courts in other states have confronted this same issue with different outcomes. For example, the Pennsylvania Supreme Court determined in 1984 that the “portion of [a] marital pension attributable to years of premarital service purchased during the marriage was marital property.” Conversely, the California Supreme Court held in 2013 that “the value of such purchased years of premarital military service was nonmarital” property.

In siding with Pennsylvania’s approach, the First District explained that while the husband’s military service years were before marriage, he only had the option to purchase and use those military credits because of his second tenure with the civil service, which took place entirely during the marriage. In other words, without the base pension earned while he was married, the husband’s military service would have zero value right now. His ex-wife was therefore entitled to half of the additional pension benefits.

Get Advice from a Florida Divorce Lawyer

Going into a divorce, you should never assume certain property is marital or nonmarital without first speaking to a qualified Boca Raton divorce attorney. Contact WiseLieberman PLLC today at 561-488-7788 to schedule a confidential consultation with one of our divorce and family law attorneys.