Getting Over Divorce: It’s Generally Tougher On Men 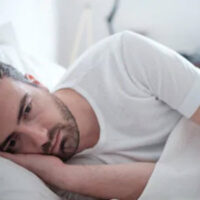 Although both parties to a divorce undergo significant changes and adapting is difficult, research indicates that for men, that adjustment is much more difficult for men than it is for women. In fact, divorced men have more heart issues, battle with substance abuse, and die at younger ages than do divorced women. Why is that?

It may surprise some to learn that, according to research, the typical man is much happier in his marriage than the typical woman. And because women are more likely to initiate divorce proceedings, men are often left feeling abandoned. That leads to feelings of hopelessness, with accompanying mental, emotional, and physical deterioration. With no one to police their behaviors, many men become more isolated, and pick up smoking, drinking, and other bad habits.

People think that because men typically remarry more quickly following a divorce, they must get over the pain of the divorce more quickly. Nothing could be further from the truth.  Men tend to hang on to their marriages longer than women do, and they have more negative attitudes about divorce than women. Dealing with lost social connections, finances, and intimacy is more emotionally jarring, as well. On top of these issues, they often deal with disappointment and loneliness related to the custody arrangements.

Sadly, men often lack the close networks that women rely on in their daily lives. They have few, if any truly close friends, and are less connected to their families than women tend to be. That leaves them alone to try to process the events and feelings that are occurring. Unfortunately, men are also less likely to seek counseling during this difficult time.

While women tend to submerge themselves in their grief and loss, men are much more likely to skip the grieving process altogether. That leaves men unsure as to how to proceed through the unknown ahead.

Men tend to suffer greater health decline than women following divorce. Is it because they no longer have someone preparing healthy meals and keeping them busy with productive activities? The science on the “why” behind this issue is unclear, although the fact of health issues is very much a reality.

Because men tend to have fewer strong social ties than women, their identity is more closely linked to being a husband. When that role is eliminated, they often have a more difficult time establishing personal goals and an identity than do women.

Making it as Easy as Possible

At WiseLieberman, our experienced Boca Raton divorce attorneys are prepared to provide the support and guidance you need as you traverse this difficult time in your life.  We know there is nothing easy about divorce; but knowing you are in capable hands is a start.  Schedule a confidential consultation in our office today.