How Long Do I Need to “Reside” in Florida Before Filing for Divorce Here? 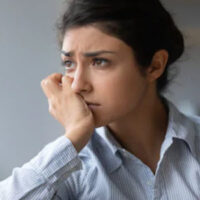 For many married couples, Florida is their second or vacation home. But when it comes to getting a divorce, can you file in Florida even if you (or your estranged spouse) actually live in another state–or even another country?

Florida law actually provides a succinct answer to this question: “To obtain a dissolution of marriage, one of the parties to the marriage must reside 6 months in the state before the filing of the petition.” Courts have defined residency in this context to mean “an actual presence in Florida coupled with an intention at that time to make Florida the residence.” This does not necessarily mean that you have to physically remain in Florida for a continuous period of 6 months. But you should take steps that affirmatively demonstrate residency, such as obtaining a Florida driver’s license or registering to vote here. Also note the statute only requires one spouse to be a resident. So if you are already separating and living apart, you may still file for divorce in Florida if either one of you meets the six-month requirement.

If neither of you can establish residency, however, then the Florida courts have no legal authority to hear your divorce case. A recent decision from the Florida Second District Court of Appeals, Lauterbach v. Lauterbach, provides a helpful illustration on this point. This case involves an estranged husband and wife. The husband is a German citizen and U.S. lawful permanent resident. Conversely, the wife is a U.S. citizen and German lawful permanent resident. Prior to marriage, the spouses signed a prenuptial agreement, which stated in part that German law would apply.

According to the Second District, the couple “split their time between Germany and Florida” during most of their marriage, typically spending around 6 months each year at their residence in Pinellas County. But in September 2016, the wife suffered a stroke. After receiving care in Florida, the couple returned to Germany that December. The couple remained there for about four months, when the wife moved to a rehabilitation facility in Switzerland. A couple months after that, the wife returned to the United States, but not to Florida. Instead, she moved to another rehabilitation facility, this time in Indiana.

While at the Indiana facility, the wife filed for divorce in Pinellas County, Florida. She maintained that she was still a Florida resident. The trial court asserted jurisdiction and awarded the wife “exclusive use and possession” of the Pinellas County house, as well as temporary alimony. The husband appealed, arguing that the wife could not establish Florida residency for the purposes of filing for divorce.

The appeals court sided with the husband. The Second District noted that it was “undisputed that neither of the parties was physically present in Florida during the six months prior” to the wife actually filing for divorce. The fact the wife retained her Florida driver’s license and other legal documents related to residency did not negate the fact she failed to maintain an “actual presence” in the state during the relevant period. The trial court therefore lacked the jurisdiction to award the wife any property or alimony.

In most divorce cases, sorting out residency is not a big deal. But if you and your spouse do live in two or more places throughout the year, it is important to establish what state actually has jurisdiction over your divorce. A qualified Boca Raton divorce attorney can advise you on this any many other legal issues. Contact WiseLieberman, PLLC, at 561-488-7788 today to schedule a consultation.