Information You Should Know About Domestic Violence 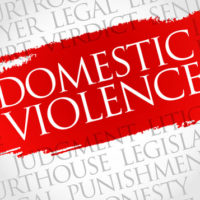 The issue of domestic violence is a somber one that affects thousands of families across Florida. Victims are not only women, but men and children as well. Penalties vary and depend mostly on the kind of offense, amount of harm inflicted, the length of the accused’s criminal history, and the age of the victim.

According the Florida Department of Law Enforcement:

With simple assault, a credible threat must be present or an attempt to cause harm via bodily contact. Aggravated assault typically involves the use of a deadly weapon, but a person can also be charged if they attempt to have sexual relations with a minor or inflict bodily harm while operating a motor vehicle.

Domestic violence is often seen as one partner assaulting the other.  To help clarify the matter further, below are some examples of various forms of domestic violence:

Cases involving domestic violence should be taken very seriously. Unfortunately, there are some claims that are false in an effort to punish someone for a perceived wrongdoing or to gain an advantage in a child custody case. In other instances, the abuse may not have been intentional. Also, it could have been in self-defense or the defense of someone else.

If you are the accused or the victim, contact the experienced Boca Raton attorneys at WiseLieberman, PLLC. We are eager to assist you with your case.