Is a Co-Parenting Agreement with a Non-Parent Enforceable in Florida? 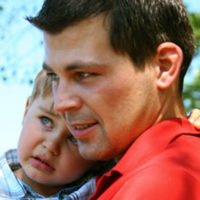 Families come in all types, shapes, and sizes. Unfortunately, the law does not always keep up. When it comes to matters like child custody, for example, there are certain rules and assumptions in place that may not fully account for non-traditional family structures.

Let’s take this recent case from Pinellas County, Springer v. Springer. The parties here were formerly in a same-sex partnership. By mutual agreement, one partner (the respondent) conceived a child through artificial insemination. The other partner (the petitioner) had no biological connection to the child, although she did pay for the donor sperm.

In 2014, the partners signed what they designated a “co-parenting agreement.” The agreement said the child would be theirs to raise “jointly and equally.” However, legally only the biological parent was recognized as the child’s mother. The parties never married, and the petitioner never took any steps to legally adopt the child.

After the parties ended their relationship, the petitioner filed a petition in Florida court seeking to enforce the terms of the 2014 co-parenting agreement. The judge declined to do so, citing long standing Florida case law that holds a non-parent has no right to enforce custody or visitation agreements with a legal parent. The trial judge acknowledged “the law is slow to address” situations such as this where “society and medicine” allow for the creation of new types of families. Nevertheless, the law was clear on this subject.

The Florida Second District Court of Appeals agreed. Affirming the trial judge, the appeals court reiterated that “a co-parenting agreement between a biological parent and a nonparent is not enforceable under Florida Law.”

One thing to keep in mind here is that the law does not simply work against same-sex couples who decide to have a child. It more broadly forbids courts from ordering any parent to allow visitation or shared custody to a non-parent third party. For instance, the Florida Supreme Court held in a 1996 decision, Beagle v. Beagle, that “a judge cannot impose grandparental visitation upon an intact family.” Such an order would violate the parent’s constitutional rights to privacy and to raise their own children. Subsequent courts have applied similar reasoning when declining to enforce co-parenting agreements between unmarried partners.

Indeed, the prohibition against court-ordered visitation rights even extends to sperm donors, who may be parents in the biological sense but lack legal standing as parents. As the Second District noted in a 2002 case, Lamaritata v. Lucas, a donor is “not a parent, and has no parental rights.” Indeed, this is actually spelled out in Section 742.14 of the Florida Statutes, which states a sperm, egg, or embryo donor must “relinquish all maternal or paternal rights.”

When it comes to issues of child custody and visitation, never assume that an agreement between a parent and a non-parent is actually enforceable in a court of law. If you need further advice or guidance on this subject from a qualified Boca Raton child custody attorney, contact WiseLieberman, PLLC, at 561-468-7788 to schedule a free consultation.