Is an Oral Settlement Agreement Enforceable in a Florida Divorce Case? 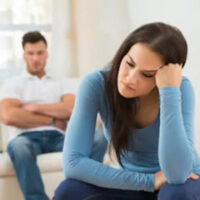 Divorce does not necessarily mean a bitter, protracted court fight. To the contrary, most Florida divorce cases are amicably resolved without the need for extensive litigation. In these situations, the parties negotiate a marital settlement agreement (MSA) that disposes of any outstanding issues. Once approved by the court, the MSA becomes part of a final order granting dissolution of the marriage.

A marital settlement agreement should always be in writing and signed by both parties. But is it possible for the parties to reach an oral MSA in court and ask the judge to enforce its terms? Some Florida courts have in fact said oral MSAs are valid–provided they meet certain conditions.

A recent decision from the Florida Fourth District Court of Appeal, Frenkel v. Costa, illustrates how such agreements may be treated. In this case, a husband and wife appeared at a hearing in their divorce case. During the hearing, the wife’s attorney asked for a short break, indicating to the judge the parties were closing to reaching an MSA. The judge granted a recess, and roughly an hour later, both sides returned to the courtroom with an apparent oral agreement.

As the Fourth District explained, “[s]ome terms of the agreement were read into the record,” while other issues were directly negotiated “on the record.” The trial judge then asked each party individually if they agreed to the terms of the settlement, and if their agreement was “voluntary and not coerced.” Each party apparently answered yes to these questions.

However, a dispute later arose over whether the oral MSA could be enforced. The wife moved to enforce the agreement. The husband moved to set it aside. The judge sided with the wife and held the oral MSA enforceable.

The Fourth District said that decision was incorrect. Citing a prior Fourth District decision from 2016, Richardson v. Knight, the appellate court said the trial judge needed to conduct a “two-party inquiry” before approving an oral MSA. First, the judge had to “obtain clear and unequivocal assent to the MSA” from both parties. The trial judge did that. Second, the judge also needed to “confirm that each party had discussed the MSA with their attorney and fully understands the terms.” Here, the judge did not do that.

The trial judge apparently believed a formal inquiry was unnecessary given that he observed both sides “consulting with their attorneys” while the oral MSA was read into the record. But the Fourth District said that was not good enough. Specifically, the Fourth District was concerned that the husband did not fully consult with his attorney before giving his assent, as he “spent most of the time [at the hearing] speaking with his accountant,” rather than his lawyer.

Nothing in this case should suggest that it is a bad idea to negotiate an MSA orally or outside of the courtroom. But it is critical to ensure any final agreement is reduced to writing and that both sides have ample time to consult with their respective attorneys before asking the court to approve the settlement. And if you need advice or assistance from a qualified Boca Raton divorce lawyer, please contact WiseLieberman, PLLC, at 561-488-7788 today to schedule a confidential consultation.