Issues For Transgender People And Divorce 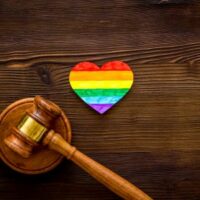 Divorce is tough for anyone—but respect can really be minimized in situations where one partner is transgender.  That’s because Florida laws have made a point of attacking transgender individuals on many fronts over the years. The latest “Don’t Say Gay” bill, on top of the recently enacted Anti-Trans Sports Bill are just a couple off examples of hurdles trans people must overcome in their day to day lives.  And we all know that divorce is far from uncommon in this country—so when states fail to enact laws that protect the rights and dignity of the trans population it makes it that much harder to get humane and fair outcomes.

When Michael Kantaras and his wife, Linda split after 10 years of marriage and two children, Michael was unprepared for the twists and turns ahead. Michael was born female, but transitioned to male in his twenties.  He took the legal steps necessary to change his name, get a new Social Security card, new driver’s license, and a new passport. When he married Linda in 1989, she was completely informed about Michael’s history.  At the time, Linda was the new mother of a child who’d been fathered by previous boyfriend.  Michael, however, had been her partner throughout the pregnancy, attending doctor appointments, cheering her on in the delivery room, and cutting the umbilical cord on the new baby. Soon after, he adopted the little boy, and in 1992 Linda gave birth to a little girl through artificial insemination using Michael’s brother’s sperm.

The happy family descended into chaos when Michael filed for divorce. Linda quickly petitioned the court to void the marriage and strip Michael of his parental rights. The grounds for the filing?  Since Michael was born female and Florida didn’t recognize same-sex marriages, the marriage should be nullified.  Likewise, Michael obviously, according to Linda, could never be a father to the two children.

The legal battle took off, with Linda’s side working hard to prove that Michael was not really a man according to the law.  With little legal precedent, it was a difficult case, delving in depth to issues relating to the physical aspects of being a man.  Very little concern was given to whether Michael was a good or loving father.  After weeks of humiliating and emotional courtroom drama, the judge ruled in Michael’s favor, and gave him primary custody of the kids.

On appeal, the court concluded that only the legislature could made a determination as to Michael’s gender, and was prepared to then take up the issue of parental rights. Before that battle could get underway, the case was mediated, and a custody settlement emerged giving both parents shared legal custody.  Michael’s case was resolved with his parental rights intact, but the whole thing took over seven years.

Trans individuals are in no better stead than Michael was those years back, simply because the legislature has failed to come up with laws protecting this population.  Thus, couples wishing to divorce when one or both people are transgender will require a Boca Raton divorce attorney who is tenacious, empathetic, and knowledgeable.  At WiseLieberman, we are committed to achieving the best possible outcomes for our clients in a divorce, regardless of LGBTQ status. For a confidential consultation, schedule an appointment in our office today.