Must a Judge Explain How a Parent May Regain Their Custody or Visitation Rights? 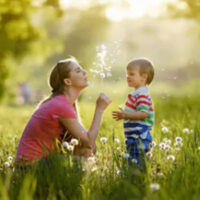 The general rule in Florida family law is that a court may order a modification to an existing time-sharing (child custody) arrangement between parents if there has been a “substantial change in material circumstances.” For instance, the judge might determine that an equal time-sharing arrangement is no longer in the child’s best interest and modify the order to give one parent the majority of parenting time. But when a court does this, must it also provide the parent who is losing out on parenting time a list of conditions–i.e., a roadmap–on how to restore the prior time-sharing schedule?

Florida’s five intermediate appellate courts have long struggled with this question. The Third and Fourth Districts have said yes, a trial judge “must specify the steps for the parent to take in order to regain meaningful time-sharing.” But the First and Fifth Districts have said that Florida law “neither requires nor authorizes” judges to impose such conditions.

The Second District’s position was basically this: The trial judge could have exercised discretion and offered the mother a plan on how to regain time-sharing. But the judge’s failure to present such conditions did not amount to “legal error.” In this sense, the Second District said it was not adopting the more rigid view of the First and Fifth Districts, which believe the law never allows a judge to exercise such discretion.

As the Second District interprets the law, judges have wide discretionary authority to modify judgments affecting the welfare of children. And if a judge chooses to exercise that discretion, they must do so “in light of all material circumstances.” To that end, the Second District said that when a judge imposes a time-sharing restriction on a parent, they should look at the following considerations:

Get Help from a Florida Child Custody Lawyer Today

The Second District further certified its judgment placed it in conflict with the First and Fifth Districts. Certification sends a signal to the Florida Supreme Court that it may wish to take up the matter and resolve the conflict once and for all.

In the meantime, if you are looking to modify an existing child custody or time-sharing plan and need advice from a qualified Boca Raton family attorney, contact WiseLieberman, PLLC, today at 561-488-7788 to schedule a free confidential consultation.