My Ex-Spouse Is Not Following the Terms of Our Divorce- How Long Do I Have to Take Legal Action? 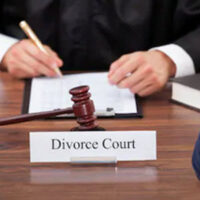 In any type of legal proceeding, there is what is known as a “statute of limitations.” This is basically a time limit established by state law to file a lawsuit. For example, under Florida law there is normally a 5-year statute of limitations for claims arising from a written contract. So if you want to sue another party for a breach of contract, you must do so within 5 years of the alleged breach, otherwise the court will bar your claim as untimely.

On the other hand, if you have already obtained a monetary judgment against someone, then the statute of limitations to enforce that judgment is 20 years. To continue the above hypothetical example, say you file that breach of contract lawsuit within the 5-year limitations period. The judge rules in your favor and orders the other party to pay you damages. You can subsequently bring a separate legal action to enforce that judgment at any time within the next 20 years.

The Florida Second District Court of Appeals recently addressed how these different limitations periods apply to a marital settlement agreement–a written contract between divorcing spouses–that is later incorporated into a final divorce judgment. Basically, the question was whether to apply the 5-year or 20-year limitations period when one former spouse accuses the other of not following the agreement.

This case involves a former husband and former wife who divorced in 1997. In March of that year, the parties signed a marital settlement agreement. Among its provisions, the former husband agreed to pay the former wife approximately $487,000 as an “equitable distribution” of marital property. The former husband could either pay this amount in a lump-sum due by January 2001, or alternatively make five annual payments (with interest) beginning in December 2001.

In April 2017–one day before the 20th anniversary of the judge’s order entering the final divorce judgment–the former wife moved to enforce the judgment. She alleged the former husband had never made any of the required payments in the preceding two decades. In response, the former husband argued the former wife’s claims were barred under the 5-year statute of limitations applicable to contracts, including the marital settlement agreement.

But the Second District, acknowledging no Florida court “has made a definitive pronouncement on this precise point,” determined that in situations like this, the 20-year limitations period applicable to judgments is the correct one to apply. The former husband insisted that since the judge in 1997 only “incorporated” the marital settlement agreement into the final judgment–as opposed to “merging” it–then the agreement retained a separate legal existence as a contract. The Second District said this was a difference without distinction: “Under the law, a marital settlement agreement’s provisions, when incorporated into a judgment that dissolves a marriage and reserves jurisdiction for enforcement, can be enforced, either through the agreement or through the judgment.”

It is not clear if other Florida appellate courts will follow the Second District’s lead on this subject. One thing you should take away from this case, however, is that you should not wait until literally the last minute to try and enforce a divorce judgment when the other party is not complying. If you need legal counsel and representation from an experienced Boca Raton divorce lawyer, contact WiseLieberman, PLLC, today at 561-488-7788 to schedule a consultation.