The Divorce Numbers That May Surprise You 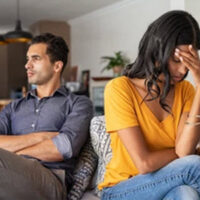 So you’ve heard that one out of every two marriages in the United States ends in divorce.  Pretty harrowing statistics, right?  But before you become too overwhelmed with the dismal numbers, you should acquaint yourself with a few more statistics. Who knows—maybe you’ll find out something that surprises you!

For a lot of people, news that the number of divorces in this country is in decline is a bit startling.  Nevertheless, the US Census reports that both marriage and divorce are in decline.  In fact, while chances for a marriage were at about 50:50 a few years ago, now the overall success rate is at roughly 60 percent.  When you break it down into subgroups, the numbers vary.  But, for a variety of reasons, the United States is experiencing its lowest divorce rate in about half a century.  Here are some little-known facts:

Are You Considering Divorce?

Whatever your situation or the statistical probabilities, we all know that divorce is a highly personal decision, and every divorce deserves personalized attention.  The experienced Boca Raton divorce attorneys at WiseLieberman provide precisely that.  Contact our office for a confidential consultation today.