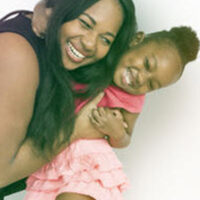 Child custody can be broken down into two major subjects: physical custody and legal custody. Physical custody refers to which parent the child actually lives with on a day-to-day basis. Legal custody more broadly covers how the parents will exercise decision-making authority over critical issues affecting the child, such as:

In many cases, a Florida court will award parents joint custody or “shared parental responsibility.” This means that with respect to issues of legal custody, the parents must jointly agree on the answer to the questions above. However, if one parent proves to be obstinate and makes joint decision-making impossible, the court may alter the arrangement to award the other parent sole legal custody.

A recent decision from the Florida Third District Court of Appeals, Ezra v. Ezra, offers a useful illustration of how this can happen. This case involves a Miami couple that divorced in 2010. The couple had two minor children. As part of the final court order dissolving the marriage, the judge approved a shared parental responsibility plan previously agreed to by the parents.

Unfortunately, in the decade that followed the divorce, the parents proved unable to agree on several major decisions. According to the Third District, the father’s financial situation deteriorated to the point where he was forced to declare bankruptcy. This left the parents’ joint income unable to support their children’s private school tuition, prompting the mother to seek scholarship funding.

The father, however, engaged in what the appeals court described as a “pattern of indirect resistance, refusing to endorse enrollment contracts, mandatory passport forms, and financial assistance documents.” Along similar lines, the father also prevented one of his children from receiving medical treatment for a “significant” condition. Indeed, at one point the father unilaterally altered his child’s medication dosage.

All of this prompted the mother to seek a modification of the original joint custody order. A Miami-Dade judge agreed the father had essentially “abdicated” his parental responsibility and awarded the mother sole legal custody. The father appealed, but the Third District upheld the lower court’s decision.

As the appeals court explained, the evidence “unequivocally establishes, in its totality, that subsequent to the ratification of the settlement agreement, the father has both passively and overtly hindered the mother’s arduous attempts to foster the happiness, mental health, academic prowess, and overall stability of the children.”

The ultimate goal of any child custody proceeding is to protect the best interests of the children, not the parents. And if you believe your current parenting arrangement is hurting your children, you should speak with a qualified Boca Raton child custody lawyer to learn more about your legal options. Contact WiseLieberman PLLC today at 561-488-7788 to schedule a confidential consultation with a member of our family law team.