What Are Your Rights As An Unmarried Father? 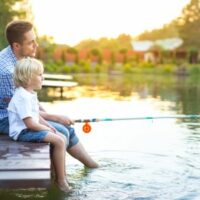 If you are an unmarried father, you’re in the company of a surprising number of men here in the United States.  Research indicates that 40 percent of children born in this country have parents who are not married—up from 28 percent three decades ago. If you have fathered a child outside of wedlock, you may be concerned about your rights and responsibilities going forward.  A local family law attorney can answer your questions and help you with the legal maneuverings ahead.

The trends here in America are consistent with those across the globe, although age, race, education, and income do have a dramatic impact on unmarried parents:

As a father, you have absolutely no rights until paternity is established.  If the mother did not acknowledge your paternity initially and is unwilling to agree to genetic testing, a court can order a DNA test.

Once the paternity question is settled, you have a claim for custody or visitation, depending on the circumstances of your case.  In collaboration with the child’s mother, you will be required to fill out a parenting plan. Likewise, as per Florida statute 61.13, the non-custodial parent may petition for child support.

Is Custody a Real Option for Dads?

As of 2016, fathers comprised just under 20 percent of custodial parents.  In the majority of these cases, couples agree that the mother should be the custodial parent.  That being said, there is no reason for a father to decline to fight for custody if he believes it is in the best interest of the child—the guiding directive of any court decision.  Whatever your stance on custody, (excluding allegations of abuse or other serious concerns), you have clear rights related to your child(ren), whether or not you were ever married to their mother:

The Boca Raton family law attorneys at WiseLieberman understand how complex these situations are and are here to fight for the best possible outcomes for you.  Contact our office today for a confidential consultation.