What Factors Will a Florida Judge Consider in Revising an Award of “Permanent” Alimony? 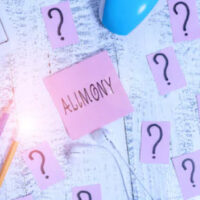 Under Florida law, a court must consider a number of factors when determining (or modifying) an award of alimony. One such factor is the “financial resources of each party.” But there are other factors as well, such as how long the marriage lasted, the “standard of living” established during that marriage, and the relative age, physical, and emotional condition of each party.

If the court fails to consider all relevant factors, a new hearing may be necessary. Take this recent decision from the Florida Fourth District Court of Appeal, Benedict v. Benedict. This case involves a former husband and former wife who divorced in 2007. At the tie of the divorce, the court ordered the husband to pay the wife $1,200 per month in permanent periodic alimony.

The judge decided not to allow the questioning and proceeded to rule on the husband’s petition for modification. The court determined the wife still had a financial need for alimony. But the judge reduced the amount of that alimony from $1,200 to $500 per month.

On appeal, the former husband argued this violated his due process rights in not letting him call the former wife as a witness. The former wife actually conceded this point. The Court of Appeals elaborated further: It was not enough for the trial court to find that the former wife still had a financial need for alimony. The judge still needed to consider all of the other relevant factors.

Alimony is not a right in Florida. And even in cases where a court decides an award of alimony is justified based on the factors described above, there are several different types of awards that a court may issue. The Benedict case involved “permanent” alimony, which typically applies to marriages that lasted more than 17 years. Other forms of spousal support, such as durational alimony, can only last as long as the marriage itself.

But as you can see, even “permanent” alimony is subject to modification based on an underlying change in the circumstances of either party. And there is a process the court must follow in reviewing a request to modify alimony. During this process, you have the right to be represented by counsel.

So if you need advice or assistance in connection with any alimony-related matter from a qualified Boca Raton divorce attorney, contact WiseLieberman, PLLC, at 561-488-7788 today to schedule a consultation with a member of our family law team.