What Happens When a Judge Fails to Follow the Rules Before Awarding Alimony in a Divorce Case? 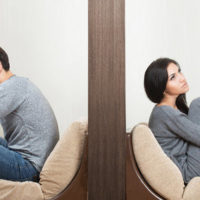 There are a series of steps a Florida court must take when deciding whether or not to award alimony as part of a divorce proceeding. There are actually several different types of alimony. For example, “permanent alimony” is permitted by law when the divorce case involves a “marriage of long duration” and the judge determines such an award is appropriate after applying several factors described in the Florida statutes. Among other things, the trial court “shall include a finding that no other form of alimony is fair and reasonable under the circumstances of the parties.”

The Florida Second District Court of Appeal recently explained that if a trial judge fails to make this mandatory determination, the appeals court can–and should–order the trial court to do so, even if the parties to the divorce did not raise the issue before the trial court. The Second District’s decision, Engle v. Engle, puts that court in conflict with three other Florida appeals courts, which have ruled differently when presented with a similar situation.

In this case, the trial court ordered the husband to pay the wife permanent alimony. On appeal, the ex-husband argued the trial court failed to make a finding “that no other form of alimony [was] fair and reasonable under the circumstances,” as required by Florida law. The ex-wife replied the husband was required to “preserve” this issue for appeal by asking the trial judge for a new hearing before appealing to the Second District. Since he failed to do so, she said the Second District should dismiss the appeal.

The Second District declined to do so. It explained a “preservation requirement is not supported by statute or rule of procedure” in alimony cases. To the contrary, the relevant statute “provides clear instructions to trial courts to make specific mandatory findings of fact.” But it does not “include a provision requiring a motion for rehearing to preserve a challenge to a lack of statutory findings.”

The other four Florida district courts of appeal have all previously held there was such a preservation requirement. The Fourth District, however, recently backed off this position. That court, whose jurisdiction includes Boca Raton and Palm Beach County, decided a trial judge’s “failure to comply with the statute’s requirement of factual findings is reversible error regardless of whether a motion for rehearing is filed.”

Indeed, the Second District said imposing such a preservation rule in family law cases made little sense for two reasons. First, a judge needs to make factual findings not only to dispose of the current issue–whether one spouse should pay alimony–but also potential future disputes, such as requests to modify or end alimony. Second, many divorcing spouses represent themselves without a lawyer, and requiring them to file a separate motion before making an appeal would effectively “create a trap.”

Get Help from a Boca Raton Divorce Lawyer Today

Of course, it is best not to put yourself in this latter category. Even if your separation is amicable, it is still in your best interests to work with an experienced Boca Raton divorce attorney who understands the local rules and can help you avoid any potential legal traps. Contact WiseLieberman PLLC today at 561-488-7788 to schedule a confidential consultation with one of our divorce and family law attorneys.