When Can a Florida Court Order Paternity Testing? 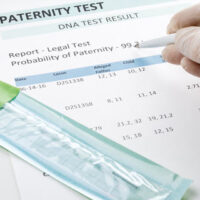 Establishing paternity in Florida involves a specific set of legal procedures, particularly when the child already has a father in the eyes of the law. The basic rule is that when a child is born to an intact marriage, the husband is simply presumed to be the father–no additional legal steps are necessary.

If another man later steps up and claims to be the father, things become more complicated. The putative father can file a petition with a Florida circuit court to establish paternity. For that matter, the mother can also file a petition to establish paternity as a prerequisite to seeking child support. In either case, the court can order genetic testing to confirm or disprove paternity.

But can a court order genetic testing on its own initiative when no paternity case is actually pending? The Florida Fifth District Court of Appeal recently addressed this question. This case actually involves what is known in Florida law as a dependency arraignment proceeding. This occurs when the Florida Department of Children and Families (DCF) has removed children from a home due to parental abuse or neglect. The dependency arraignment is a formal hearing where the parents can deny or admit to the allegations, similar to an arraignment in a criminal case.

Here, a man appeared at a dependency arraignment hearing and claimed to be the father of the child who was the subject of that hearing. He asked the court to order DCF to perform and pay for a genetic test to prove his paternity. The court granted the request over DCF’s objections.

DCF then asked the Fifth District to “quash” the trial judge’s ruling. The Fifth District granted that motion. It explained that “no party” to the dependency case had “put the issue of paternity into controversy.” The putative father had not filed a separate paternity action. And as the mother was married to another man, her husband was automatically presumed to be the child’s father.

Additionally, even if a genetic test was properly requested, the trial court exceeded its authority in ordering DCF to pay for it. Citing prior case law on this point, the appeals court said that such an order “interferes with both legislative discretion in determining the funds required of an agency and executive discretion in spending those appropriated funds.”

If you are looking to establish legal paternity over your child, it is important you understand and follow all applicable Florida laws on this subject. In many cases it is possible to establish paternity without an adversarial process, especially when the mother does not contest the matter. But even when you are on good terms with your child’s mother, a legal declaration will firmly establish your rights.

So if you need advice or assistance from an experienced Boca Raton paternity lawyer, contact WiseLieberman, PLLC, at 561-488-7788 today to schedule a confidential consultation.