Who Claims Your Children as Tax Dependents After a Divorce? 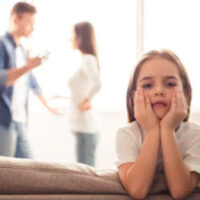 It is also important to note that changes in federal tax law do not affect pre-2018 divorce settlements regarding which parent will claim an exemption. This came up in a recent decision from the Florida Fifth District Court of Appeals, Bliss v. Bliss. In this case, a father and mother of two children divorced in 2016, when the dependency exemption was still in force.

For some reason, the father decided to claim exemptions for both children on his 2017 tax return. This prompted the trial court to hold the father in contempt–for violating the terms of the settlement–and awarding the mother the right to claim both children as dependents for the next four years.

The Fifth District said this “sanction” was improper. Without condoning the father’s violation of the agreement, the appeals court explained that with respect to “civil contempt,” a sanction must be based on the other party’s “actual loss.” In this case, the trial court’s remedy “went beyond compensating Former Wife for her actual loss.”

Divorce is complicated enough before considering the potential tax implications. This is why it is important to work with an experienced Boca Raton divorce lawyer who can guide you through the process. Contact WiseLieberman, PLLC, today at 561-488-7788 to schedule a confidential consultation with a member of our family law team.