Will a Court Modify Child Custody Arrangements Because I Recently Moved? 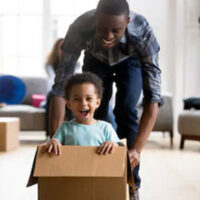 When reviewing child custody and visitation matters, a Florida court must always put the “best interests of the child” first. To put it another way, a judge should not agree to modify existing arrangements simply based on what is most convenient for one of the parents. And previously approved “time-sharing” plans will not be modified unless the judge is satisfied there has been a “substantial, material, and unanticipated change in circumstances.”

Appeals Court: Florida Law Does Not Automatically Consider Relocation a “Substantial and Material Change in Circumstances”

For example, the mere fact that one parent has decided to move–even to another state–does not necessarily mean there has been a “substantial” change warranting a change in visitation schedules. The Florida First District Court of Appeal recently reiterated this principle in reversing a trial judge’s decision to grant a modification in time-sharing. This case, Bryan v. Wheels, involves a couple that divorced in 2012.

During the next five years, the parents agreed to two modifications of this arrangement, both times in response to the mother’s relocation. In 2014, the mother moved from Texas back to Florida, and the parties agreed to a fixed time-sharing schedule where the children would alternate living with each parent on a week-to-week basis. However, when the mother moved again, this time to New Jersey in 2017, the father again took primary custody, with the mother taking the children each summer and during every other spring break.

But the mother again returned to Florida in 2018. She then asked to go back to the one-week-on, one-week-off schedule that had been in place when she lived in Florida from 2014 to 2017. The father rejected this request. The mother then asked a Florida judge to modify the time-sharing arrangement to meet her wishes.

The trial judge sided with the mother. But the First District reversed, holding the mere fact the mother moved back to Florida was not enough to show a “substantial, material, and unanticipated change” in the parties’ circumstances. Indeed, the appeals court said there was no evidence as to how the mother’s relocation “impedes the present time-sharing plan” in any way. And the trial court never explained how changing the time-sharing plan yet again was in the “best interests” of the children.

It is, of course, always best when parents are able to agree on any modifications to an existing time-sharing plan. But when disagreements do arise, both parents need to understand that the courts will look at what is best for their children–not necessarily what is best for them. If you need legal advice from an experienced Boca Raton family law attorney in this area, contact WiseLieberman, PLLC, at 561-488-7788 today, to speak with a member of our team.