Do I Still Have to Pay Alimony If My Ex Is Living With a New Partner? 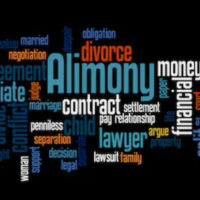 Historically, Florida law automatically terminates an award of alimony if and when the receiving spouse remarries. But there are other situations where the recipient spouse does not remarry but “cohabits” with another person. In these cases, the former spouse paying alimony may ask the court to modify or end this obligation based on the existence of a “supportive relationship” between the receiving spouse and their new partner.

The cohabitation rule only took effect in Florida in 2005. But there are cases where a pre-2005 divorce settlement included a similar cohabitation clause. In fact, a long-running case from right here in Boca Raton illustrates just how such clauses are enforced.

As it turned out, the former wife was living with someone else as early as 1991. The former husband subsequently initiated a lawsuit that, as the Florida Fourth District Court of Appeal noted in a July 3, 2019, judgment, prompted “25 proceedings in this court and six reported opinions.”

Essentially, the courts agreed with the former husband that his obligation to pay his former wife alimony ended in November 1991 due to her cohabitation. And as the Fourth District explained in one of its earlier opinions in this case, “A cohabitation clause which allows for the termination of alimony for cohabitation can be applied retroactively and require repayment.”

Get Help from a Boca Raton Alimony Attorney

As far as the 2005 cohabitation law is concerned, the burden of proof is on the spouse paying alimony to prove the spouse receiving alimony is in a “supportive relationship” with another person. Evidence the court may consider is the length of the relationship, whether the former spouse and her new partner “have held themselves out as a married couple,” and the extent to which they have “pooled their assets or income.”

If you need legal advice or assistance from a qualified Boca Raton alimony lawyer on this, or any related matter, contact WiseLieberman, PLLC, at 561-488-7788 today to schedule a confidential consultation with a member of our family law team.