Will Reducing My Post-Divorce Expenses Affect My Alimony? 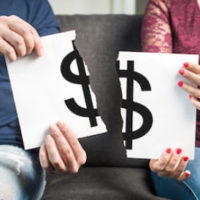 When a Florida judge awards “permanent” alimony in a divorce, that does not mean the duration or amount is etched in stone. As each former spouse’s financial circumstances change, either party may petition the court for a modification of a spousal support award. But it is critical for the court to fairly and impartially review the available evidence before making a decision with respect to modification.

Here is a recent case where the judge apparently fell short of the mark. In this case, Dunn v. Dunn, a Florida couple divorced in 1999 after 20 years of marriage. The former wife was a stay-at-home mother. At the time of divorce, the couple jointly owned about $3 million in assets. As part of the final divorce judgment, the court awarded the former wife $12,000 per month in permanent alimony. The former husband was also required to take out a life insurance policy to secure this award.

The trial court agreed with the husband. The judge not only reduced the former husband’s alimony obligation by nearly 85 percent, the court also made the decision retroactive. This meant the former wife would actually have to repay the former husband approximately $400,000 in previously received alimony.

The Florida Fifth District Court of Appeal said the trial court abused its discretion in making these orders. While “some modification” of alimony was appropriate, the trial court’s 85 percent reduction “was unreasonable,” relied on the wrong legal standard, and was not supported by the evidence presented. For instance, the trial judge claimed the former wife had experienced “phenomenal” returns with her investment accounts following the divorce. The Fifth District said this “mischaracterized” the truth, as the growth she actually experienced was not even as great as the original judge who presided over the divorce in 1999 anticipated.

More to the point, the trial court relied heavily on proof the former wife had voluntarily lowered her “standard of living” in the years following the divorce. The problem is that under Florida law, permanent alimony is designed “to provide for the needs and necessities of life for a former spouse as they were established during the marriage.” It was therefore not appropriate for the trial court to effectively punish the former wife here “for her decision to live a more modest lifestyle than that enjoyed during the marriage and currently enjoyed by Former Husband.”

It is not unusual for one or both former spouses to seek modification of an alimony award. An experienced Boca Raton alimony lawyer can advise you on the appropriate steps to take. Contact WiseLieberman, PLLC, today to discuss your situation with a member of our family law team today.