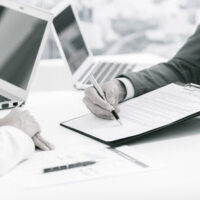 Under normal circumstances, Florida law imposes a “cut-off date” for classifying assets as marital or separate in a divorce case. That is, all assets acquired by either spouse after the cut-off date is not subject to equitable division by a judge. However, if the parties enter into a marital settlement agreement (MSA), they may agree to include assets that would otherwise be excluded as past the cut-off date.

In a recent case, Suess v. Suess, the Florida Second District Court of Appeal reversed a trial judge who refused to enforce the terms of an MSA granting a former wife a share of her former husband’s entire pension. The former wife and former husband were married for nearly 30 years. The divorce itself was uncontested and the parties entered into an MSA, which was adopted by the trial court as part of the final judgment.

Of note here, the MSA stated the former wife would receive “50 percent of all retirement benefits from her husband.” She would also “remain the death beneficiary on each of these retirement accounts.”

On the surface this all appears rather straightforward. But after the former husband remarried in 2016, the parties disagreed as to the former husband’s continuing obligations under the MSA. The former wife returned to court and asked a judge to enter an order to “formalize the division” of the husband’s pension under the Florida Retirement System (FRS).

Although the trial judge accepted the former husband’s arguments, the Second District did not. It held that while Florida law would normally limit the former wife to a portion of the former husband’s retirement benefits accrued during the marriage, the “clear and unambiguous” term of the MSA overruled that default. And the judge “erred in rewriting” the parties’ agreement to say otherwise.

Even when a divorce itself is relatively simple and uncontested, there may still be complex legal questions that arise after the settlement becomes final. If you need advice or legal assistance from a qualified Boca Raton divorce attorney, contact WiseLieberman, PLLC, at 561-488-7788 today to schedule a consultation.