The Risks of Co-Owning Property After a Divorce 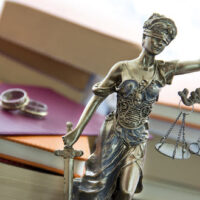 A final divorce judgment does not always mean an immediate unwinding of a couple’s assets. For example, if two spouses jointly owned rental property or ran a business, the final settlement may need to include transitional provisions to address each party’s obligations after the divorce. Keep in mind, however, once a judge approves a marital settlement agreement (MSA), its terms are binding on both sides and can only be modified under specific circumstances.

A recent decision from the Florida First District Court of Appeal, Pack v. Wiechert, illustrates the kinds of post-divorce disputes that can arise under an MSA with respect to joint property. The parties in this case divorced in 2013. They entered into an MSA, which a Florida court approved in July 2013.

At the time of the divorce, the former husband and former wife co-owned a house in Maryland, which they rented to a tenant through a local realtor. The rental income was not enough to meet the monthly mortgage payments on the property, and both parties wanted to sell the house and split the proceeds. Under the terms of the MSA, the former husband and former wife established a joint rental checking account and agreed to contribute one-half of the mortgage payment each month for one year following the final divorce judgment.

That year came and went. The house remained unsold. For the next five years, the parties agreed to keep listing the house for rent with the realtor. The former husband continued paying the mortgage, but the former wife’s obligations ended after the initial 12-month period, as provided in the MSA.

In 2018, however, the former wife opted not to re-sign the annual listing agreement. This prompted the former husband to ask a Florida judge to order the wife to keep the property on the rental market. The judge granted the former husband’s request, stating it wished to “provide income to the Former Husband while the sale is still pending.”

In a split decision, the First District reversed the trial court’s order. The majority held that the “trial court lacked jurisdiction under the MSA to readdress the rights of the parties in regard to the Maryland property.” Under the “plain and unambiguous” language of the MSA, there was “no obligation to continue to lease the property” past 2014, i.e., 12 months after the divorce became final.

The dissenting judge argued that the MSA also required the parties to “make good faith efforts to effectuate the sale of this residence by any means possible.” In other words, the trial judge was not rewriting the terms of the agreement. Rather, the trial court was simply trying to enforce the former wife’s existing obligation to help keep the house out of foreclosure.

As you can see, even seemingly clear and unambiguous divorce settlements can lead to conflicting interpretations among skilled professional judges. This is why it is critical to work with an experienced Boca Raton divorce attorney when seeking to modify or enforce an existing MSA. Contact WiseLieberman, PLLC, at 561-488-7788 today if you need legal advice or representation on any family law matter.