How Far Can a Judge Go in Deciding Child Custody Issues? 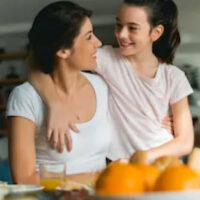 In a contested divorce case, Florida judges have broad discretion to decide issues like parental timesharing and each party’s respective financial obligations towards the other. But this discretion is not absolute. Sometimes judges overstep their bounds and issue orders that are not permitted by law–and in some cases not even requested by either party. When this happens, a dissatisfied party may seek to reverse the judge’s decision on appeal.

Appeals Court: Improper to Award Mother Sole Custody When She Did Not Ask for It

One recent case from the Florida Second District Court of Appeals, Musgrave v. Musgrave, provides a textbook example of a trial judge who exceeded her discretion. The main issue in this particular divorce case was custody of the couple’s two children. The father sought “sole parental responsibility,” arguing that the normal presumption in favor of shared parental responsibility would be harmful to the children due to the mother’s “lack of moral fitness.”

The mother, in turn, accused the father of engaging in “defiant, disruptive, mean-spirited, unreliable, unreasonable, disrespectful and/or dismissive” behavior. She apparently threatened to file her own competing petition for sole parental responsibility if he did not cease his tactics. However, she never actually followed through on this threat.

Despite this, following the trial the judge did in fact award the mother sole parental responsibility. The judge also said she had “concerns regarding the [mother’s] safety” and ordered the father not to “come on or about” the mother’s residence unless invited or returning the children. Finally, the judge directed the father to name the mother as a beneficiary to his life insurance policy.

On appeal, the Second District reversed all of these orders. First, the appellate court said there was “no logic or justification” for awarding the mother sole custody when she did not formally request it. Second, the order forbidding the father from coming near the mother’s residence amounted to a domestic violence restraining order, which was also not requested by the mother. Finally, while a judge can order one parent to purchase a life insurance policy to protect their spousal or child support obligations, that did not apply here, as the wife was actually directed to pay support to the husband.

Accordingly, the Second District returned the case to the trial court with instructions to award both parents shared responsibility and to remove the orders with respect to the domestic violence injunction and the life insurance mandate.

Get Legal Advice from a Qualified Florida Child Custody Lawyer

Child custody is often the most contentious and emotional issue in a divorce case. It is therefore critical for judges to correctly apply the law when ruling on each parent’s relative responsibilities and obligations. An experienced Boca Raton divorce attorney can assist you in making your case. Contact WiseLieberman, PLLC, today at 561-488-7788 to schedule a confidential consultation with a member of our family law team.