Who Pays for My Child’s Medical Care Following a Divorce? 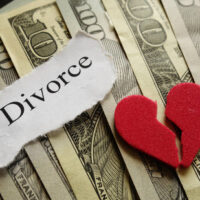 When negotiating a marital settlement agreement (MSA) as part of a divorce proceeding, it is important to pay attention to certain critical details, especially with respect to issues affecting child support. For example, the parents need to decide which one of them will be responsible for maintaining health insurance coverage for the child. And the parents should also agree on how to handle any medical expenses that are not covered by insurance.

A recent decision from the Florida First District Court of Appeals, Neighbors v. Neighbors, demonstrates the critical role that an MSA plays when a post-divorce dispute arises over a child’s medical care. In this case, a mother and father had two minor children. The parents divorced in 2015. Under the terms of the MSA they agreed to, the father would continue to provide health insurance for the children. Any medical expenses not covered by insurance would subsequently be equally divided between the mother and father.

But there was a catch. The MSA went on to say that if either parent obtained medical care from a “non-approved provider,” then that parent would have to pay 100 percent of the associated expense, unless the other parent gave written consent for the treatment.

You can probably guess what happened next. One of the children developed a serious medical condition. The mother took the daughter to a clinic for treatment. The clinic was not a participating provider in the father’s health insurance plan. Fortunately, the treatment was successful. Unfortunately, this also led to a $60,000 medical bill not entirely covered by insurance.

The mother paid the bill and then sued the father, insisting he had to pay half of what insurance did not cover under the MSA. The father argued that since the clinic was a “non-approved provider,” the mother was on the hook for the entire amount. A trial judge ruled in favor of the mother, holding that since the insurance company reimbursed some of the expenses the clinic could not be considered a “non-approved provider” And in any event, the father consented to the daughter’s treatment at the clinic.

The First District reversed the trial court, holding its decision was not supported by “any evidence in the record.” The appeals court noted that in the health insurance industry, it is common practice to “cover certain costs” incurred by covered persons from “non-network providers.” That was the case here. At no point was the clinic an approved (i.e., network) provider. Nor, contrary to the trial court’s findings, did the father provide “written” consent for his daughter to receive treatment at the out-of-network clinic, as expressly required by the MSA.

Get Help from a Florida Divorce Lawyer Today

A marital settlement agreement will affect your rights and responsibilities as a parent for many years following a final divorce judgment. That is why it is important to work with an experienced Boca Raton divorce attorney in negotiating such agreements. Contact WiseLieberman PLLC today at 561-488-7788 to schedule a confidential consultation with one of our divorce and family law attorneys.