How Will Retirement Affect My Obligation to Pay Alimony? 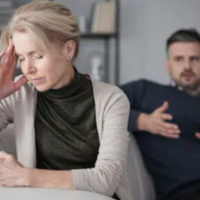 When a former spouse is required to pay permanent periodic alimony as part of a divorce judgment, that means the receiving spouse is entitled to receive such payments indefinitely. But if there is a change in the parties’ circumstances, either former spouse may petition the court for modification of the alimony order.

Keep in mind, however, that a court will not allow a paying spouse to avoid an alimony obligation by simply quitting their job. “Voluntary under-employment” is not a valid grounds for modification.

But what if the spouse paying alimony simply decides to retire According to the Florida Supreme Court, a “reasonable retirement” does not qualify as “voluntary under-employment.” Which begs the question: How does a court decide when someone’s retirement is “reasonable”?

A recent decision from the Florida First District Court of Appeals, Holder v. Lopez, offers an example of how judges apply the Supreme Court’s rule in practice. This case involves a couple that divorced in 2003. The divorce judgment required the former husband to pay $1,150 per month in permanent periodic alimony to the former wife.

The former husband decided to retire from his job driving a tractor-trailer after reaching the age of 65 in 2017. The divorce judgment itself did not address what would happen to the former husband’s alimony obligation upon retirement. He therefore filed a petition seeking modification of the original divorce judgment. A trial judge agreed to reduce the amount of monthly alimony, but not to terminate the obligation altogether.

The husband appealed, and a divided three-judge panel of the First District agreed the trial court made two critical mistakes in its decision. First, the trial judge improperly determined the former wife proved she had a continuing need for alimony. According to the evidence presented to the trial court, the former wife received sufficient income–from her Social Security and disability benefits, as well as the former husband’s retirement accounts–to meet her “basic needs.”

The trial judge determined the former wife had certain housing expenses that still needed to be met through alimony, but the First District disagreed. It noted the former wife had been “living with her children on a rotating basis” to help care for her grandchildren. Additionally, the former wife managed to run up a large amount of credit card debt for “voluntary, non-essential expenses.” All of these factors justified terminating the alimony award in the eyes of the appeals court.

As for the husband’s decision to retire, the First District said that was “reasonable” under the circumstances and could not be held against him in the context of a proceeding to modify his alimony obligations. The former husband was 65 when he retired, which was “five years older than the age at which most truckers retire.” The former husband also had a number of physical limitations that rendered him unable to continue working.

Even when a divorce is “final” in the eyes of the law, there may be future events–like retirement–that may prompt a need to revisit issues like alimony and child support. An experienced Boca Raton alimony lawyer can advise and assist you in these matters. Call WiseLieberman, PLLC, at 561-488-7788 to schedule a confidential consultation with a member of our family law team today.