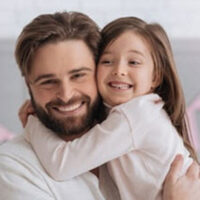 Child custody disputes are rarely simple. But they take on an added dimension of complexity when the parents are living in different countries. And many cases are further complicated when one parent accuses the other of “abducting” the child and taking them to another country.

Under the Convention, a parent who wrongfully removes a child from their country of “habitual residence” must return the child to that country. So to give a simple example, if the parents lived with their child in the United States, and one parent abducts the child and takes them to France, the other parent could demand the child’s return to the U.S. A U.S. court would also have the jurisdiction to resolve the underlying custody dispute.

Ginsburg: Child’s Habitual Residence Does Not Depend on “Actual Agreement” Between Parents

But what if it is not clear which country is the child’s “habitual residence”? The United States Supreme Court recently addressed this subject. In Monasky v. Taglieri, the justices specifically examined whether or not habitual residence could be established simply by an agreement of the parents.

To give some additional background, the mother in this case is a U.S. citizen who married an Italian citizen. The couple lived for a time in the U.S. before relocating to Italy for work. While living in Italy, the mother gave birth to a child. Shortly afterwards, the mother said she wanted a divorce. Although there was apparently a brief attempt at reconciliation, the mother eventually took the daughter and returned to the U.S., citing the father’s physical abuse.

The father obtained an order from an Italian court terminating the mother’s parental right to the child. He then asked a federal judge in Ohio to order his child’s return to Italy under the Hague Convention. In his petition, the father asserted Italy was the child’s “habitual residence.”

The judge granted the father’s petition, holding that the “shared intention” of the parents had been to raise the child in Italy and that the mother did not have the unilateral right to change the child’s habitual residence to the U.S.

The mother complied with the court’s order and returned the child to Italy. But she continued to appeal the judge’s ruling, eventually making it to the Supreme Court. The thrust of the mother’s appeal was that there was never any “actual agreement” between her and the father to raise the child in Italy.

But the Supreme Court said that did not matter. Writing for the Court, Justice Ruth Bader Ginsburg said that for purposes of the Hague Convention, a child’s habitual residence “depends on the totality of the circumstances specific to the case, not on categorical requirements such as an actual agreement between the parents.” And since the Ohio judge already considered all of the relevant facts in determining Italy was the child’s habitual residence, Justice Ginsburg said the lower court’s ruling stands.

Many parents feel they have no choice but to take their child and leave an abusive home situation. But the law on this subject is far more complicated than you might think. That is why you should always consult with an experienced Boca Raton child custody attorney before taking any rash action. Contact the offices of WiseLieberman, PLLC, at 561-488-7788 today to discuss your situation with a member of our Florida family law team.