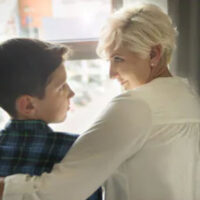 Children should never be used as pawns in their parents’ divorce. This is why the legal system in Florida strongly encourages parents to reach a suitable agreement for issues related to child custody and time-sharing. When the parents cannot agree, a judge will step in and make those decisions. But this often comes after expensive and time-consuming litigation that often serves nobody’s best interests–least of all, the child’s.

A recent decision from the Florida Fifth District Court of Appeal, Marini v. Kellett, demonstrates what can happen when parents simply refuse to reach an agreement and a trial judge tries to clean up the mess. In this particular case, the appeals court felt the trial judge’s solution was not the correct one. The court further noted that both parents “have spent a great deal of time and money on litigation” as a result of their failure to reach an agreement beforehand.

There were two notable issues in this case. The first was the trial court’s proposed “time-sharing and travel schedule.” The child, who is under the age of five, lives with his mother in North Carolina. The child’s father lives in Seminole County, Florida. The trial court decided the child should spend several weekends and holiday periods with the father in North Carolina. The judge said that to reduce travel expenses, the parents could allow the child to fly from North Carolina to Florida and back by himself.

The Fifth District said this schedule was “unreasonable” and constituted an abuse of discretion on the part of the trial judge. For one thing, forcing a child to make “two or three dozen annual airplane flights” alone was not in his best interest. Additionally, the parents both said they could not “afford the expense of the airline tickets nor the time and income lost from work associated with the travel.” In short, the appeals court said “no reasonable person” could think this sort of custody schedule was tenable.

The second issue of note involved the trial judge’s decision to grant the father’s request to change the child’s last name. The child currently has the mother’s name. The judge decided a name-change was warranted, however, to “promote a father-child relationship.”

The Fifth District said that was not a valid legal reason. Changing a child’s name is a “serious matter and such action may be taken only where the record affirmatively shows that such change is required for the welfare of the minor.” Here, there was no evidence presented as to how a name change would actually benefit the child.

Child custody need not be a divisive issue. There are many alternatives available for parents who are prepared to resolve their issues without the need for a contested trial, including collaborative law and mediation. If you would like more information about these options, contact the Boca Raton child custody lawyers at WiseLieberman, PLLC, today.