What Is the Role of a Florida General Magistrate in Handling My Divorce Case? 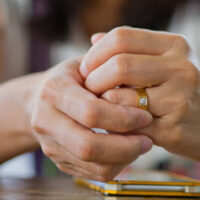 Florida’s family court dockets are typically quite crowded. There are only a limited number of judges available to hear thousands of cases each year. In order to help deal with this workload, Florida law allows circuit court judges to appoint and refer cases to “general magistrates.” These are licensed attorneys who perform many of the same functions as judges–for example, they can hear evidence and rule on various motions in a divorce case. But unlike judges, general magistrates cannot issue final decisions. Instead, the magistrate will submit a report to a qualified circuit court judge, who has the final say in the case.

Parties Always Have the Right to Object to Magistrate Referral

A magistrate referral does require the consent of both parties. So if you are uncomfortable with a general magistrate hearing your case for any reason, you do have the right to object. Such objections must normally be filed in writing within 10 days after the referral is made. If the referral is made within 20 days of a lawsuit being filed, the other party can also object before any formal response is due. If no objection is made within the applicable time limit, the court will assume you consent to the magistrate referral.

If you do object, then the general magistrate has no authority to hear your case. The matter must be heard and decided by a judge. A recent decision from the Florida First District Court of Appeal, Humphrey v. Humphrey, provides a helpful illustration of this principle.

This divorce case began under unusual circumstances. The husband and wife married in July 2003. The day after their wedding, the couple murdered the husband’s ex-girlfriend. Both spouses were sentenced to prison, where they remain to this day.

In 2016, the wife filed for divorce. The husband answered the wife’s complaint. he also asked for a temporary injunction and gag order to prevent the wife from “speaking publicly about the murder,” as he believed that would affect certain post-trial proceedings related to his conviction.

A magistrate heard and ultimately denied the husband’s motion. But the circuit court did not formally refer the case to the magistrate until a week after this order. The husband then filed a written objection to the referral. He submitted his objection through the prison mail system, so the court did not actually receive it until after the 10-day deadline expired. But under Florida law, the objection was still timely, as he deposited it with the prison for mailing within the 10-day limit.

Despite this, the magistrate proceeded to hear the parties’ divorce case and issued a report to the judge, who approved it over the husband’s objections. On appeal, the First District agreed with the husband that this was a mistake. Once the husband objected to the referral, the magistrate had no legal authority to hear any aspect of the divorce. The appeals court therefore returned the case to the circuit court for further proceedings on the husband’s original request for an injunction and gag order.

In many cases, it will be in the interests of both parties to have their family law dispute heard by a general magistrate. But you cannot be deprived of your right to your day in court without your consent. If you need further advice from a qualified Boca Raton divorce lawyer, contact WiseLieberman, PLLC, at 561-488-7788 today.